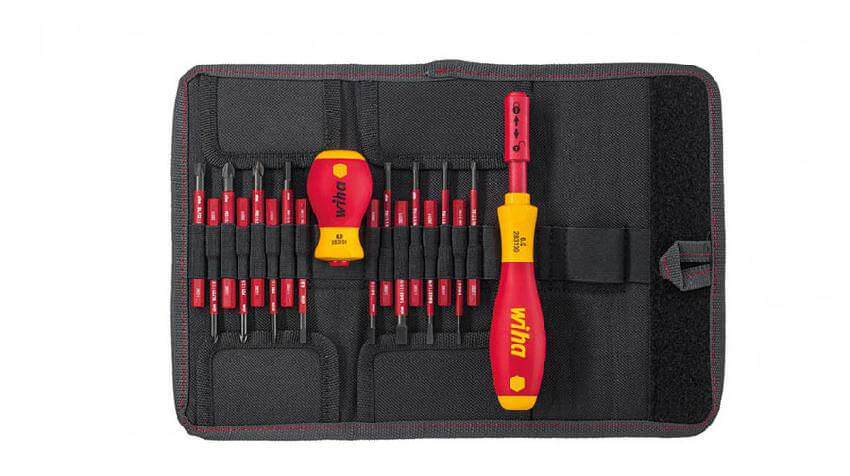 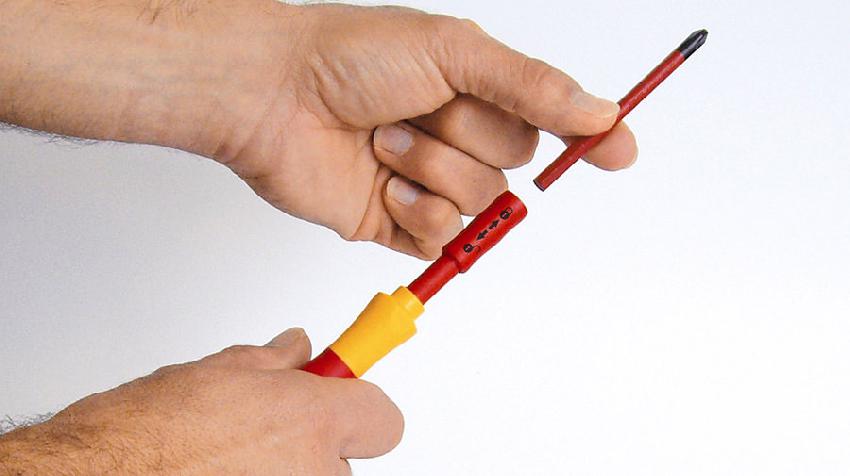 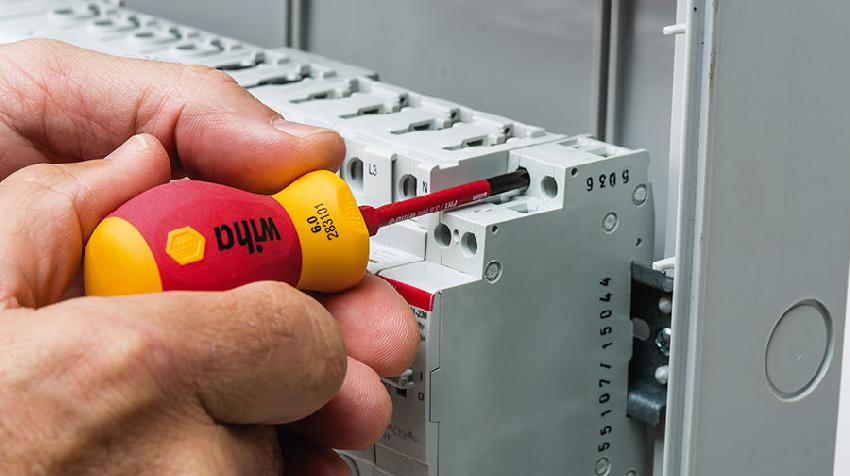 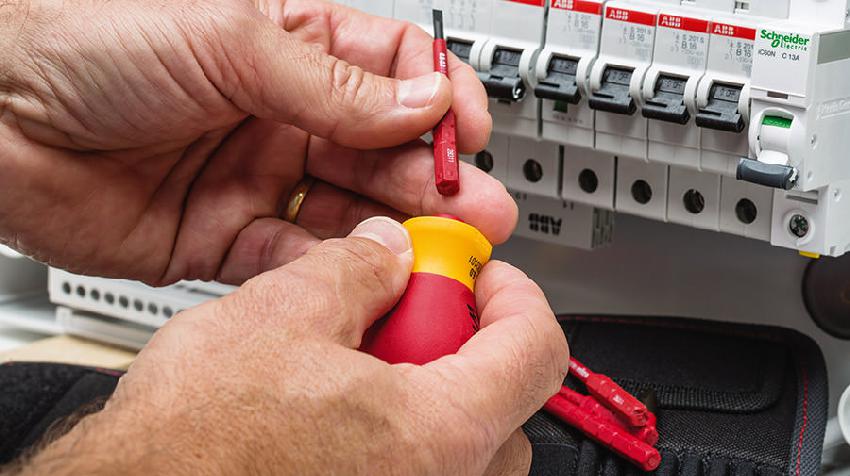 Nice set. A good selection profiles in this pack with the added bonus of being slimbits. Also very useful is the stubby handle for awkward to reach places. A well used set for me.

This is the most useful kit i have ever used, you can customise to suit your needs, add specific bits. would not attend any job without it. a bit pricey. but you do get what you pay for.

This is a very handy kit to have in the tool bag, especially handy for a maintenance engineer as you can have a vast amount of drivers in one decent sized pouch. Bits are tough and don't slip in use

I don’t go anywhere without my slim vario. Such a versatile part of my kit, with extra blades that can be purchased it makes the kit expandable for very little money. A must for everyone.

Great item .value for money is second to none after using this piece of kit I have since bought a few sets for the lads .reviews from them say they love this tool

So much easier having a pouch like this as you got all your drivers into one pocket. These are strong and robust and have not let me down. I have also got there smaller kit

I need to say that this set is one of the kind. All torque adjustments I use plus an alen key for this grey Henley blocks Very good set , insulated , good grip and in one pouch. A must have

really nice kit, it has got a good range of bits, the grip on both the long handled and the stumpy handle are really impressive, only downfall with it is the storage case, personally i would have preferred a hard case with a clip as the bits get caught up in the velcro and i think in time the velcro will wear and end up being a fold up wallet.

Nice bit of kit, pouch easy to carry and quality are superb. Easy to use and definitely value for money.

Absolutely fantastic product very handy having the range of tips all slim line, I use mine pretty much everyday!

I brought these and they are brilliant very easy to use and change over especially if your in a hurry also, the pouch closes up small and I would fully recommend every gas engineer to buy one

Great set of drivers really handy instead of having to take in all your drivers for a small job as they are all there plus the stubby is great. I’d definitely recommend this drivers

They're OK, but not great. Lots of different bits for every possible job, but poor quality in comparison to my Wera set. To keep the bits lightweight and thin, they're made out of metal covered plastic and easily snap when tightening or loosening screws. To be fair, Wiha did replace the first one I snapped, but I've not claimed on the others and have consigned this set to my DIY rather than professional toolbox.

I was sent a set of these to review. First impressions were not great, I thought them too fiddly to be useful but 2 months on I am now using them every day and wouldn’t be without them.

I used these everyday, it’s my go to tool for small jobs, the blades are able to removed and fitted with easy, as with all Wiha products it has a fantastic build quality

There ok. But they dont last very long with the heads fixing in. They also flex when you apply abit of pressure. If you want quality buy wera ones.

I can't comment on value as I won these courtesy of expert trades. Such a brilliant little set and absolutely perfect for breakdowns and servicing on Boilers

Best interchangeable screwdriver sets by far I've had mine about 6 months ago never let me down yet, the slim design makes it easier to access certain electrical items

These are superb tools to use I find them very comfortable and easy to change over the different bits. I also use the torque screwdriver as they are now a must for many trades. Electricians it's a must have, really good quality easy to set and peace of mind that it is tight but not too tight

Very good screwdriver set , great build quality highly recommended , has all the screwdrivers you need at a fair price

This set has to be the best set I have ever ever owned all the other vde screwdrivers are now in the back of the shed. This set is the Swiss Army knife of screwdriver sets and is perfect for any plumber and heating engineer and sparks And the promotion price is amazing but even would buy at full cost

I missed out on this tool when Expert trades had a deal, but what I can say is I have the Wiha 38018 screwdriver and it's a must, fits in my leg pocket on my snickers, so I always have a set of screw drivers to hand as it's just one screwdriver with 8 bits in the head, very small and compact too for an insulated screwdriver with strength.

Good quality, space and time saving. Easy to use and quick release. All in all good value for money.

We all use these daily, easy to carry around from job to job, easy to use, and easy to replace of any are misplaced, these are with every penny

Very happy with this screwdriver set, the handle feels lightweight and comfortable to hold. The bits on mine don't lock into the handle, but they seem to be held in very securely. So that isn't an issue. The stubby handle is a nice bonus feature for the kit, which I'm sure won't get used as much as the regular handle but it will have its day. Build quality of the whole kit, including the pouch is very high. With so many different bit types in one pouch, you will always have the correct bit for the job.

Very impressed with this screw driver set has a wide range of bits I can use for day to day servicing and repairing of boilers. Very compact and saves carrying lots of separate screwdrivers. Very good quality and would use Wiha again.

This is by far the best set of screwdrivers I have owned. They literally have all of them in there. So what screwdriver end you need to work on a boiler. Even better then ends fit in either normal screw driver or stubby. I would recommend these to anyway and fantastic price. Great quality. Couldn't fault these one bit. Wouldn't change manugactor now A******

So received mine in post yesterday , but of a delay I believe down to Royal Mail !! First impressions are very nice piece of kit Lovely quality of the tools , like the lock feature on the standard driver not probably needed on the stubby but would like to see it if honest Has great range of bits and ends to suit most instances . Very compact so no need to carry loads of tools from now on Very impressed

Iv not brought any wiha screwdrivers before and I'm very please with this set, great build quality and definitely be adding more wiha tools to the collection, don't know if you can get any additional bits to add to the set.

I Have never bought Wiha tools before have always used Wera. The build quality is excellent as you would expect form a German manufacturer. An additional benefit would be to have the tips magnetic this is maybe not possible as it would break the electrical insulation. Ps would be nice to have that question answered. Overall very happy with the purchase will certainly consider there tools in the future.

I have to say that the quality of the screwdrivers and bits are great. All push in nice and tight no chance of falling out of the handles. Every size of bit you could ask for in one set. Lovely soft handles. Easily get into those hard to reach places. The only negative I have found is that the pouch with the stubby handle in place is very hard to close and becomes rather bulky. In my opinion there should be a strap holder for the stubby handle above the bits this way the pouch shuts easier and is only bulky on one end. That said a great set for anyone in the trade.

Does anyone know if you can buy single replacement bits for these? I've only seen them in boxes of 6.

Draper are now selling the blades individually you can get them on Amazon and I think some eBay stores are starting to sell them. Think from memory the individual blades are about £1.99.